serving the citizens of Elephant Butte 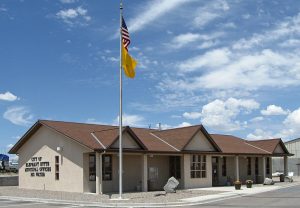 Voters have only those rights to vote on council actions that are provided in the statutes; they do not have the right to recall elected officials.

Legislative branch of the municipality. Consists of the mayor and not less than 4 or more than 10 councilors. Councilors  elect one of their members to serve as Mayor Pro Tempore to perform the duties of the mayor in his/her absence. Mayor Pro Tempore can vote on any issue even when he/she is presiding. Governing body controls all finances and property, passes ordinances and resolutions, approves hiring and firing but may not make appointments or hire on its own, sets salaries, establishes and abolishes jobs, sets its own rules and procedures. Governing body cannot remove the mayor, the judge or its own members.

The City Manager is the non-elected chief administrator of the municipality. Appointed by the Council and serves at their pleasure. Supervises, hires and fires all municipal employees. Enforces all ordinances and implements all policies set by commission, prepares draft budget, attends all meetings of the Council, has no vote.